Ancient Earth Pottery has a grand mini-show at InkStone Gallery through the end of the year 2012! Fun big platters have a variety of surfaces, from subtle and elegant to whimsical animals in brushwork.

(Ed note: Unfortunately, InkStone Gallery is no more, having closed in April 2014.)

Contemplating the bowl,
it is possible to see the
interdependent elements
which give rise to the bowl.

This bowl incorporates a new interior surface, using a number of slips and a special glaze, which approximates the appearance of petrified wood. 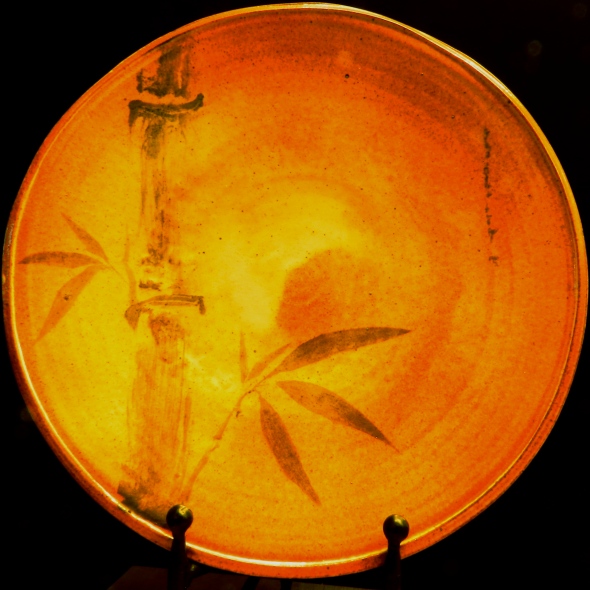 Actually, big platters do break when one bends them, but the wisdom of bamboo is that bamboo generally bends instead of breaking. This large platter celebrates this gift – and offers it to special friends.

one of the Carolina Birds yunomi series – gas fired in reduction, mishima, engobes

My One REALLY Big Show